Do You Know What A Luta Continua Mean

I was wet behind the ears. I was a Jambite. It was matriculation day at the University of Ilorin. After matriculation on the main campus of the University, I returned to the mini-campus in the company of new friends – fellow Jambites. At the entrance gate to campus, we ran to a chaotic mass of policemen, soldiers, tanks, guns, tear gas.

Thus it was that on my very first official day of University life, on matric day, I had to return to Isanlu for two months because the University was closed down. The two months I spent in Isanlu was not a waste. When Baba Adesanmi heard me chanting “a luta continua” one day, he asked: “Bola, who taught you that thing you are saying?”

I told him that the chant was the energizing spirit of the student protest that had sent me back to Isanlu. All the senior students were chanting and screaming “aluta” and all the Jambites joined them. He smiled casually and took out two books from a shelf in the family library. One was entitled, Mozambique: Sowing the Seeds of Revolution, authored by a man called Samora Machel. The other was an edited selection of the speeches and writings of the same Samora Machel.

A luta continua! Generations of Nigerian students have chanted it, have been defined by it. Portuguese for “the struggle continues”, Samora Machel and his FRELIMO freedom fighters originated that chant as their antiphonal call and response formula for mobilizing and motivating the people of Mozambique in their historic struggle against the evil Portuguese colonialists.

Samora Machel developed a musical, deeply-textured and sequenced way of screaming “a luta” from the podium when delivering his rousing speeches and the people would respond in unison, “continua”!

Samora Machel’s call to struggle moved across Africa and the rest of the world to become the rallying call of struggles and protest movements. In Nigeria, it became part of our national lexicon and the very definition of the student experience. Of course, we took Samora Machel’s chant out of context and divorced it from the totality of his meaning. We would not be true Nigerians if we didn’t do such an anti-intellectual thing.

Thus, very few Nigerian students actually know the origins of a luta continua. I wager that few in the post-1980s generation have even ever heard of Samora Machel and FRELIMO. Fewer still in the newer generations would know that Samora Machel never stopped at screaming “a luta continua” from the podium. When he had worked the people to a frenzy of excitement with the “a luta continua” call and response, he would suddenly stop and ask:

Against what? In other words, Samora Machel was not just interested in empty sloganeering. He would ask: against what precisely must the struggle continue? Samora Machel, the great educator, knew that because he was leading Mozambique and, by extension, Africa, against a particular form of oppression, it was easy for people to understand praxis as an exclusive struggle against imperialism, colonialism, and neocolonialism.

As important as the struggle against colonialism and imperialism was, Machel understood that it had to go in tandem with and be underwritten by other internal struggles and dynamics without which the broader struggle was doomed.

Against what must the struggle continue?

Samora Machel would answer his own question to the admiration of his audience:

Against tribalism!
Against ignorance!
Against illiteracy!
Against superstition!
Against misery!
Against hunger!

In other words, the most important aspects of what Samora Machel meant by a luta continua, what he specifically defined the struggle against, have been left out of its Nigerian appropriation by generations of Nigerian students. When the Nigerian student – or even the Nigerian – casually vents, “aluta continua”, tribal hate and religious bigotry are not even remotely in his mind for these two demons are the natural constitutive elements of the Nigerian oxygen.

The Nigerian student chanting aluta continua is thinking of some forces of oppression in the most fuzzy and abstract terms. He is not thinking of tribal hatred and religious bigotry – two of the most significant negativities that Samora Machel and his generation of African freedom fighters and thinkers defined the struggle against.

If Samora Machel and other freedom fighters understood that tribalism, religious bigotry, and superstition were enemies of progress, enemies of the national project, enemies of the liberation struggle, they also understood perfectly that these things were fed by ignorance and illiteracy.

That is why they invested so much of the struggle in mass education and instruction, public pedagogy and the reduction of ignorance. On the personal level, many of them understood that there was no alternative to a lifetime investment in erudition. They were polymaths with an encyclopedic knowledge base in philosophy, history, literature, culture, music, economics, mathematics and the other sciences. They led by example. You could not mobilize the people against illiteracy and ignorance if you were not erudition personified.

The tragedy of Nigeria is that we destroyed the informing spirit of education. Without this informing spirit of education, Nigeria has been building new Universities, Polytechnics, and Colleges of Education in a national project of mass producing and graduating largely ignorant and barely literate armies of ethnic hate, religious bigotry, and invidious superstitions.

Nigeria’s self-destructive demission from the informing spirit of education has come full circle as social media is now exposing the consequences of our dereliction of duty: entire generations of graduates whose only meaningful lifeline is ethnic hate and religious bigotry fed by ignorance and illiteracy.

Hate for hate’s sake. North, south, east, west, these armies of hate and bigotry went through the University screaming “a luta continua” without even understanding what the real owners of that historic liberation chant said that the struggle must be against.

There is also no understanding of the fact that Samora Machel and his generation saw personal development – understood as reading ceaselessly to attain vast erudition – as the principal building block of aluta.

Hence the many contradictions of our blighted existence in Nigeria. Boastful public anti-intellectualism – I don’t read! This essay is too long! – is worn around the neck like an Olympic gold medal by people screaming “aluta” on social media. People who live for hate and by hate on the basis of ethnicity and faith also go about screaming aluta.

Education, real education, remains the greatest weapon against hate. And this is where my generation still hasn’t come to terms with its own failures in the Nigerian national project. We are the ones raising the younger generations who are so totally defined by hate for hate’s sake. We watch all the purulence on social media, gnash our teeth, and shake our heads without understanding that we are responsible to a great extent for this state of affairs.

If you are in my generation and your kids are currently undergraduates in their early 20s or late teens, you fail to understand that the Nigerian education system in its current condition cannot educate them and enrich their minds. I have written again and again that the rot and destruction in our education system is deliberate. The politicians will never fund educational institutions and make it possible for them to produce an educated and informed citizenry.

We do not need to repeat the well-known fact that the rulers of Nigeria are animals. They are the worst humanoids in the world. The education of your children is not in their best interest.

If you intend to run Nigeria the way she has been run by generations of moribund and stupid leaders, the first thing you do is to mass produce an under-educated citizenry easily polarized by ethnicity and religion. If your children were educated and enlightened, where would these leaders find the armies of hate and division they need for their self-perpetuation? They will continue to under-fund and destroy education for this reason.

Yet, you think that your work stops once you find enough money to pay your millennial’s school fees in the slaughter slabs of the mind we call Universities in Nigeria. This explains why you have no personal library at home. How can you be raising kids who are not surrounded by books at home?

I am not talking of the nonsensical motivational books that Nigerians invest in. I am talking of a library – that home space where you make your millennial invest in erudition and personal development; that home space where you gradually begin to shape his attitude to knowledge and erudition and let him know that you will not tolerate anti-intellectualism.

Whenever a millennial condemns or grumbles about a long read; whenever they boast about not reading; whenever they go to social media to brag about their own anti-intellectualism while writing as if they are texting, I do not see our collapsed Universities. I see an absent home library. I see the failure of my own generation to get engaged personally in their education. I see reading habits not groomed by their parents at home.

Samora Machel screamed aluta continua because he wanted to free his people from tribalism, religious bigotry, ignorance, and illiteracy. These are precisely the resources that the leaders of Nigeria need to be able to continue to run Nigeria the way they run her so backwardly without consequences. Do you really think you should leave the education of your children exclusively in the hands of such Orangutans?

If you do, your children will continue to scream a luta continua while hating in ignorance 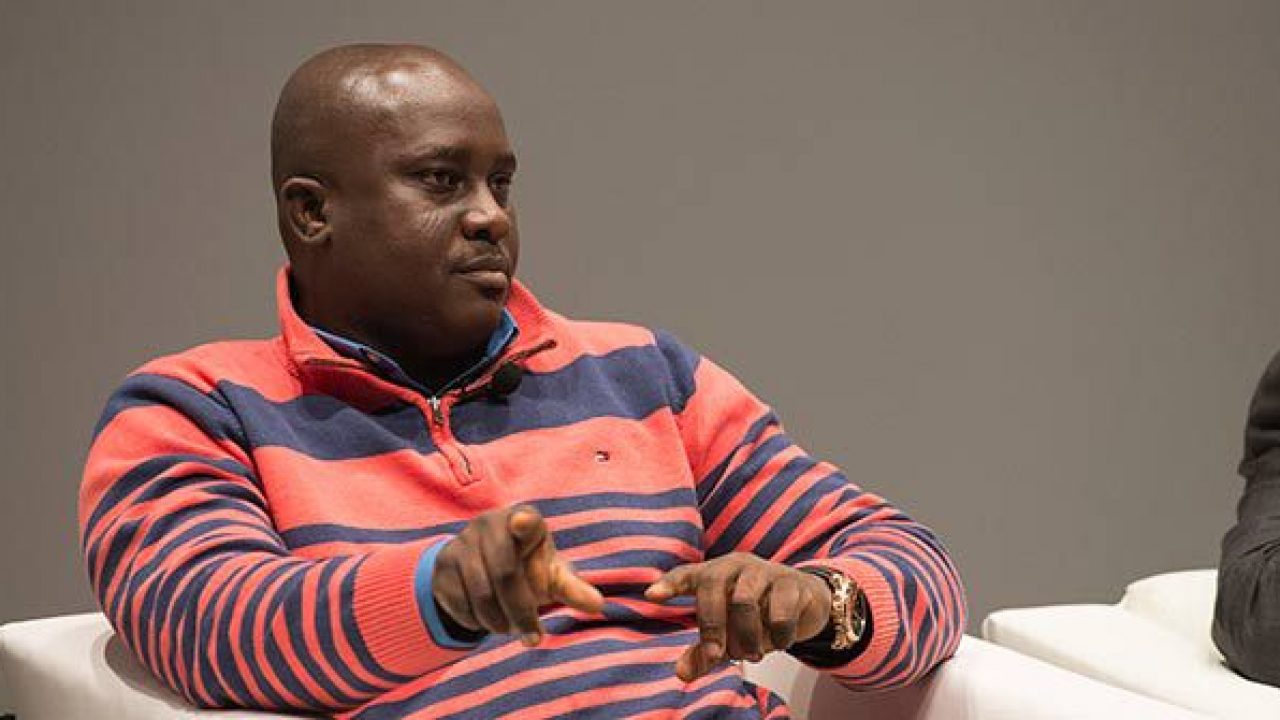